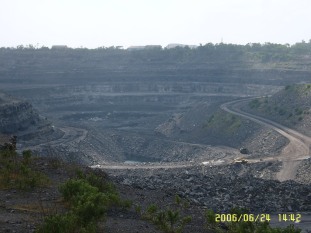 The Cabinet may soon take a call on whether a fresh lease is required by state-owned Coal India for extracting coal bed methane (CBM) which remains untapped in want of clarity, a top official on Sunday said.

To expedite gas production from coal seams, however, the government had earlier permitted Coal India to mine CBM through a notification.

“Both the ministries (Coal Ministry and Ministry of Petroleum and Natural Gas) sat along with the others….It has been sorted out that there is no need for a separate lease and that CCEA note is still pending. So, once the CCEA decides that then we will go ahead,” Coal Secretary Susheel Kumar told PTI in an interview.

Coal Bed Methane is a form of natural gas trapped in coal seams underground. Such gas can be extracted by drilling into the seam.

On the question that when will the CCEA take a call on this, he said “I think anytime. There was some clarification needed why only for the Coal India. So, our response has been because Coal India is a PSU and large amount of area under CBA acquired with it”.
The coal ministry, he said, has identified CBM as the priority area.

The secretary said gas is the remit of Ministry of Petroleum and Natural Gas, so the issue came is that if Coal India wants to extract gas then it has to take a fresh lease of the same area under the relevant act from the petroleum ministry.

“We were of the view that since (with regard to) our public sector Coal India, the acquisition of land is under the CBA (Coal Bearing Areas (Acquisition & Development) Act, 1957). And rather it is not acquisition. It vests. So, it is not the lease. It vests with the central government when CBA Act is applied and the acquisition takes place.

So, it is unlike the normal land acquisition act where you acquire and state government gives you a lease. State government does not give any lease here,” he explained.

Once acquired under the CBA Act, the land vests absolutely with the Central Government so there is no need for a fresh lease under any Act, Kumar said.

“So, whatever lies within– coal and gas everything–can be mined or extracted,” he added.
The petroleum ministry had earlier allowed Coal India to mine the hydrocarbon. However, the permission came with a rider that Coal India cannot involve a private third party for CBM exploitation.

It can only give out equity participation to a central or state PSU with experience in CBM exploration, while the majority stake would remain with Coal India.

The secretary further said, “What is the harm in private sector participating because ownership is not with them…So, we have also in our comments said that permission should also be given to allow the private sector to be a partner in the extraction of methane”.

Coal Minister Piyush Goyal had in a reply to Rajya Sabha had last month said that Coal India Ltd (CIL) has taken initiatives to undertake the work of extraction of CBM from its mining leasehold area.

The initial activities include assessment of CBM potentiality in subsidiaries of Coal India Ltd to delineate CBM blocks in Damodar Valley Basin.

Accordingly, one block each has been delineated in Jharia coalfields and Raniganj Coalfields.

The minister had further said that “on receipt of modified guidelines and MoP&NG (Ministry of Petroleum and Natural Gas) considering exemption of applicability of Oilfield (Regulation and Development) Act, 1948 and Petroleum and Natural Gas Rules, 1959 within coal mining leasehold areas, further action will be initiated for extraction of gas and timeline will be drawn accordingly”.

The minister also said that a demonstration project was taken up in Jharia coalfields. Further for commercial exploitation, CIL is contemplating to extract CBM by engaging experienced developer through a global tender.

About Friends of Coal (North East)

Since its establishment in 1985, Mahalaxmi Group has consistently achieved its goals and demonstrated its ability to expand its market share, achieve excellence in the sector it operates in and realize shareholder value. In the last 10 years alone, the company has gone through a tenfold increase, expanded its reach countrywide and introduced new products and innovations. Today, we remain devoted to the same principles and aspirations that pushed our success over the decades. Values rooted into our corporate culture include zero compromise on quality, persistent value for money for our clients, a strong commitment to augment value for our investors and to achieve new heights and prosper together. We are actively working to contribute our share in environment aid by fostering plantation and greenery so that the places we are involved in experience the least negative climate impact.
View all posts by Friends of Coal (North East) →
This entry was posted in Uncategorized. Bookmark the permalink.